The ASCII protocol is a query-response/question-answer communication protocol in which a host PC uses ASCII characters to send commands to a device, and receive responses back from the device. The ASCII command set is used to configure devices, send data to devices and to read data and status information back from devices.

The BB-400 IO can be controlled over TCP/IP using simple ASCII commands. The default port number of the ASCII TCP server on the BB-400 is 9500.

TeraTerm is a Windows terminal program used to communicate with devices on the network.
TeraTerm is available for download here: http://en.sourceforge.jp/projects/ttssh2/releases/.

Note: Brainboxes does not support using PuTTY as it may produce inconsistent results.

Connecting to the BB-400

The new connection pop-up window should open up when TeraTerm is started, however, if this window does not open up, it can be found by going to File > New connection. 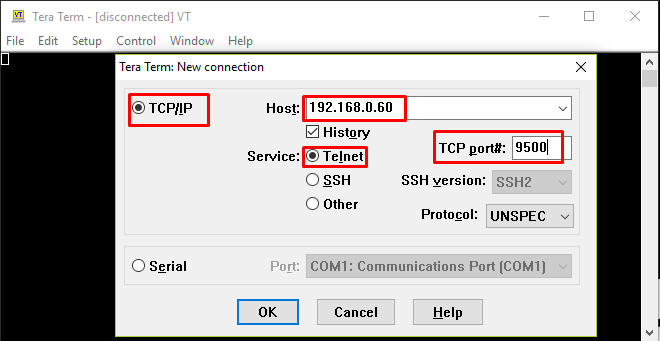 To make the output readable, go to Setup > Terminal and change New-line Settings to CR+LF in both Receive and Transmit. Also, make sure the Local echo  box is ticked, so that the typed-in commands are displayed in the terminal: 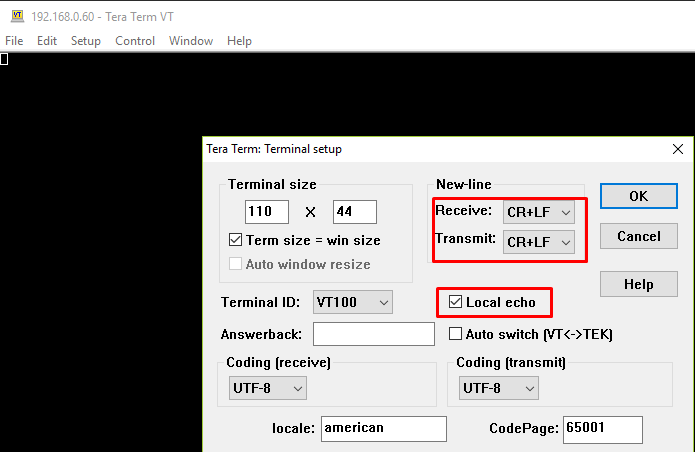 Start typing the commands in the terminal and hit Enter to get a response from the ASCII TCP server: 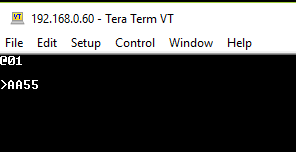 To install Telnet on the Linux system, use the following command:

Connect to the TCP server on the BB-400:

The ASCII commands can then be used:

To exit the Telnet terminal press Ctrl+] and type quit.

The following examples show ASCII commands that can be used to retrieve and modify information regarding the BB-400 IO status. 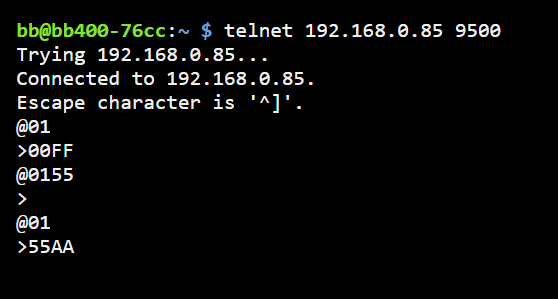 Example 3: Getting the count of an input
ASCII command: #01(line-number) 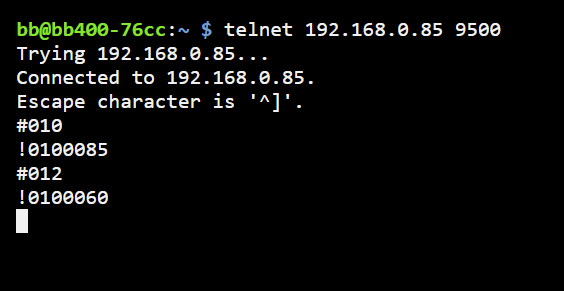