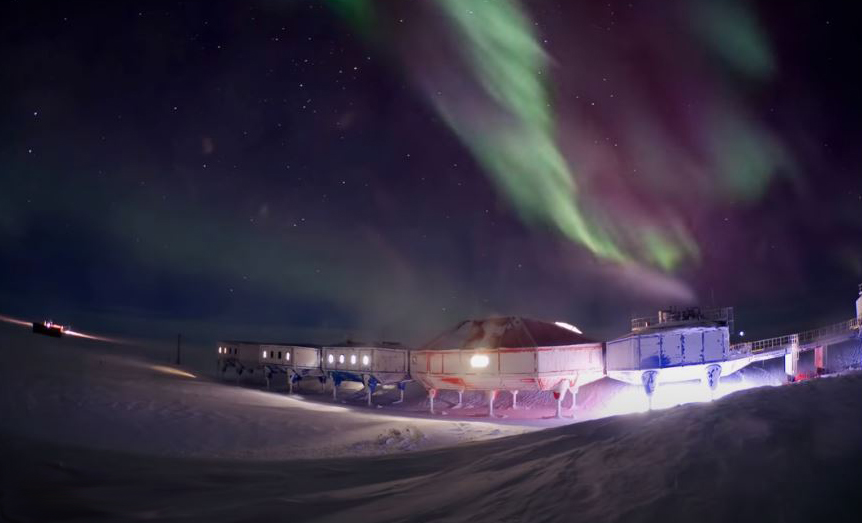 Built on a floating ice shelf in the Antarctic, the British Antarctic Survey’s Halley VI Research Station collects important data to aid in the study of global problems from climate change and rising sea-levels, to space weather and the thinning of the ozone layer.  Thanks to an innovative autonomous power system developed by British Antarctic Survey’s engineers using Brainboxes Analog Input modules, the station is able for the first time to remotely collect measurements all year-round.

With typical winter temperatures falling below -20, extreme lows of -55, and 105 days of 24-hour darkness, Halley Research Station’s location is extremely rugged as well as remote. Due to concerns over the stability of the Ice Shelf, the decision was made to staff the station only during summer months.

As the data collected at the station forms part of long-term climate science models, the challenge was to develop a system with the ability to reliably power the suite of scientific instruments year-round. By installing a ground-breaking autonomous power system with a continuous fuel and data feed, the BAS team have managed to secure these measurements without the need for people on the ground. As typical diesel generator technology requires regular monthly maintenance, the BAS engineers elected to install a Capstone Microturbine Generator. With a 9-month period between necessary services, the generator is able to run throughout the winter without requiring maintenance.

This is the first time a Microturbine has ever been used in Antarctica to power instrumentation autonomously. The suite of equipment powered by the system includes; meteorological instrumentation that monitors local weather (such as cloud cover) and longer-term climate, experiments in space weather and upper atmospheric observations, and a Halogen oxide monitor to perform tropospheric chemistry. The remote data capture system is also responsible for the first unmanned measurements collected by the ‘AutoDobson’ – a fully automated model of the instrument that first discovered the hole in the ozone layer.

One of the conditions of running the Microturbine continuously without onsite human management, is the ability to fully, and reliably, monitor, control and shutdown the system remotely from BAS Headquarters in Cambridge, UK. To monitor key components of the automatic system, such as refuelling, Brainboxes ED-549 Analog Input modules were procured as they are designed to provide high-precision measurements of voltages and currents in harsh environments. The ED-549 modules take real world signals; 4-20 mA instrument measurements, and turns them into readable data that is then available in real-time to the engineers on the network over 10,000 miles across the world. 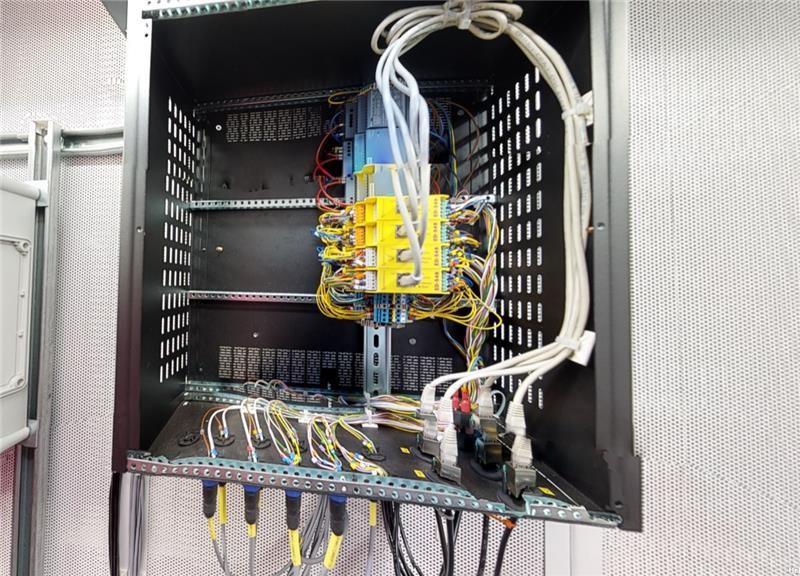 A major challenge in running the system remotely has been maintaining a continuous supply of fuel to the Microturbine, whilst ensuring a stable temperature inside its housing.

External tanks hold approximately 50m3 of fuel and each day the Microturbine requires around 140 litres to be pumped in. To ensure correct levels, and closely monitor against fuel spills, real-time accurate data must be measured and relayed to the BAS network.

Brainboxes Analog Input modules are used to monitor the fuel tank level sensors, current sensors on the pumps, pump pressure sensors – both in and out – and also to measure the fuel flow.  Fuel data, levels, pressures and valve positions are all then logged in InfluxDB – an open-source database developed by InfluxData that provides real-time storage and retrieval of data. To visualise historic data, Grafana – a multi-platform open source analytics and interactive visualization web application – allows the BAS engineers to create a complex monitoring dashboard.

The Halley Automation Project aimed to add resilience to the data capture system, whilst simultaneously testing the Microturbine as a proof of concept for future power supply to automated scientific instruments. It has now been successfully running for almost 2 years with the added economic and environmental benefit that the autonomous winter season now consumes only around 10% of the fuel burned through the same manned period.