Saving Space and Time at CERN

How Serial control is used in particle physics

CERN needed to manage a serially-controlled device remotely via the
network.

The research team found its solution at Brainboxes.

There can be few people who haven’t heard of
the Large Hadron Collider (LHC) – the 27-kilometre tunnel lying under
Switzerland and France. Built by the European Organization for Nuclear Research
(CERN) it confirmed, in 2012, the existence of the fabled and elusive Higgs
boson – refered to by laymen as the ‘God particle’ that gives all matter its mass. The Higgs
boson has been described as “the last missing piece of our current
understanding of the most fundamental nature of the universe.”

Not so many people are aware, however, that
the LHC was built to enable the study of particle physics, the study of the
fundamental constituents of matter and the forces of nature. It is, perhaps,
the leading edge of scientific research – certainly in the field of physics.
And because it’s at the leading edge of research, off-the-shelf tools,
instrumentation and so on don’t exist. They have to be designed and built by
the scientists doing the research.

A case in point is a team at Cornell
University in the United States – one of the world’s most respected academic
institutions with a focus on research designed to change the world for the
better. Cornell has been collaborating with CERN, and a team at the university
is performing a test on some novel instrumentation developed by the Beam
Instrumentation Group at CERN for particle beam diagnostics. The test, which is
taking place at Cornell – the university has an electron accelerator – employs
an optical imaging system that picks up the light produced by the electron beam
as it passes through a narrow (0.5 mm) slit. The system features among its
capabilities some linear motors that move optical elements such as lenses. 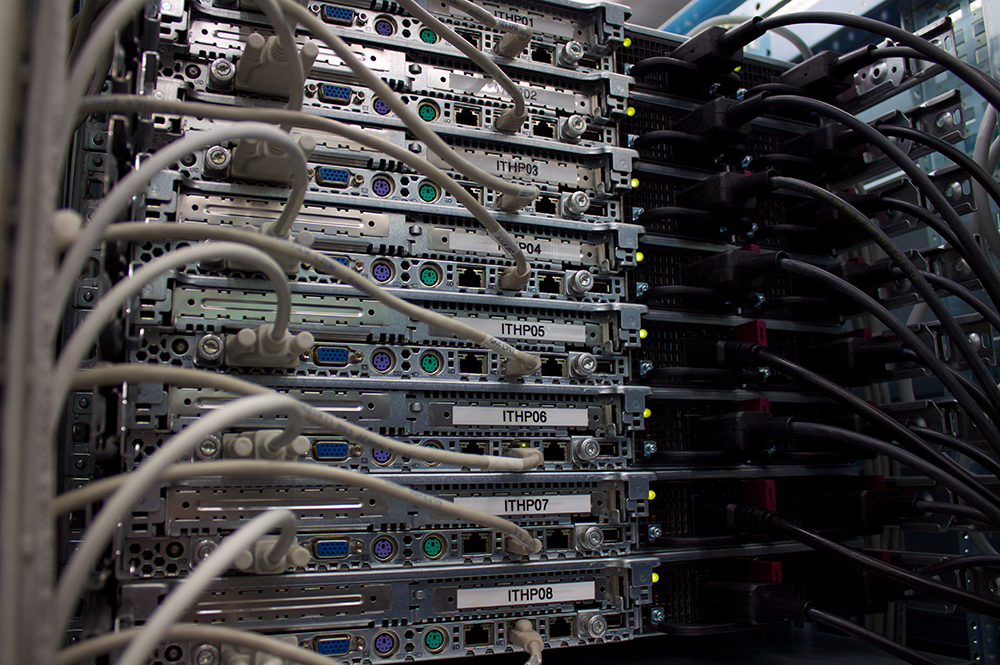 However, the research has at its heart a
circulating electron beam – and the beam gives off radiation. That presents a
challenge for controlling elements of the test, such as the movement of lenses,
as the scientists cannot be located in the same room – so, in the past, it was
remotely controlled via a computer located in an underground radiation-proof room
adjacent to the accelerator tunnel. The situation was less than ideal, because
it meant that the research team was split between those in the control room,
and those in the physically remote test control room.

The ideal solution was to enable control of
the test from the control room itself, allowing the whole research team to
follow the measurements. CERN unearthed the solution at Brainboxes, one of the
leading serial communication device developers and manufacturers in the world
and with a mission to enable customers to connect, configure and control their
serial devices. With headquarters in Liverpool, UK, it has a team of highly
qualified software and hardware designers, and an in-house volume manufacturing
facility and a global distribution chain. Substantial investments in R&D
and manufacturing have gained the company a reputation for products that are
easy to use, highly configurable and extremely reliable.

CERN selected Brainboxes’ ES-701 4-port RS232
Ethernet to Serial Adapter, which is designed to provide a simple, high
performance way of connecting serial devices to the network. Serial ports can
be configured using any browser either via the LAN or via the Internet,
allowing for truly remote control of the device which can be accessed not only
via a PC, but also via an Android phone or tablet. It comes with a lifetime
warranty.

The Brainboxes ES-701 controls three motors
from US company Zaber – but now, that control is possible from the control
room, located remotely from the instrumentation, allowing the research crew to
work more collaboratively.

“We no longer need some of the team to be
physically located close to the instrumentation,” said Dr Stefano Mazzoni
working within CERN’s Beam Instrumentation Group. “The Brainboxes solution – enabling
serial devices to be attached to the network so that they can be controlled
from any other asset on the network – means that we can now remotely control
the image acquisition system and the positioning of mirrors and lenses. That
enables us, for example, to acquire images while moving an element of the
instrument, and has greatly simplified our operations and the acquisition of
the data we need.”

The Brainboxes ES-701 has lived up to the
Cornell team’s expectations in terms of performance, configurability and
reliability – and its impact on the way the team works. Dr Mazzoni also speaks
highly of the support he received from Brainboxes.

“I’ve only had the need to contact Brainboxes
on one occasion,” he said, “but the answer I got back from their support people
was both precise and timely. As such, my experience has been very positive.”

While not every prospective user of the
ES-701 from Brainboxes will be trying to avoid radioactive contamination, its
ability to reliably and flexibly enable remote control of serial devices via
the network has once again been put to the test – a test it passed with flying
colours.

All images kindly supplied by © CERN

View the ES-701 used in this application