Under the galactic telescope

The smallest devices in data acquisition systems are often overlooked
despite being vital in helping to sustain both mission-critical and
commercial-grade applications. However, the networking reliability delivered by
Ethernet to serial device servers is out of this world – literally. Eamonn
Walsh of Brainboxes explains how the company’s products are helping scientists
to retrieve data from a remote desert telescope targeting
distant galaxies millions of light years away.

Robust, dependable
technology that offers consistent operation is at the forefront of The Max
Planck Institute for Radio Astronomy’s
roadmap for the Atacama Pathfinder Experiment (APEX), which it runs in
collaboration with the Onsala Space Observatory and the European Southern
Observatory (ESO).

APEX is the first and
largest submillimetre wavelength observation facility in the Southern
hemisphere. Submillimetre astronomy opens up exciting possibilities in the
study of the first galaxies in the Universe and the formation processes of the
stars and planets. The APEX project hosts a suite of instruments for
astronomers to collect data including LABOCA, the large APEX Colometer camera
which uses sensitive thermometers known as bolometers to detect submillimetre
light.

APEX required some
demanding geographical logistics to break new barriers in the study of space.
The project centres on a 12m telescope consisting of 264 aluminium panels with
an average surface accuracy of 17 micrometres. It is constructed at an altitude of 5100m and is
located on one of the highest observation points on Earth – the Atacama desert
in northern Chile.  Because submillimetre
radiation from space is heavily
absorbed by water vapour in the earth’s atmosphere, the telescope’s location
had to be exceptionally dry. The Atacama desert, one of the driest places on
the planet, thereby provides unsurpassed opportunities to observe space.

In parallel to the
construction of the APEX telescope, a demanding technology programme has been
put in place to provide the best possible detectors and data collection
infrastructure for the facility. The Max Planck Institute for Radioastronomy
itself collects data on electromagnetic radiation from a variety of
astronomical sources, including galaxies and dust clouds down to a 300GHz-1THz frequency range – which is referred to
as ‘far infrared radiation’ – in a bid to better understand the distant
galaxies and our Earth.

Allowing computers to
communicate to each other securely on the local area network or anywhere in the
world via the internet is a base requirement for the APEX technology team. APEX
uses four devices from Brainboxes. They include an ES-257 adapter, a two-port
Ethernet to Serial server that connects, configures and controls serial
devices, alongside an ES-279 8-port RS232 Ethernet to Serial device server. 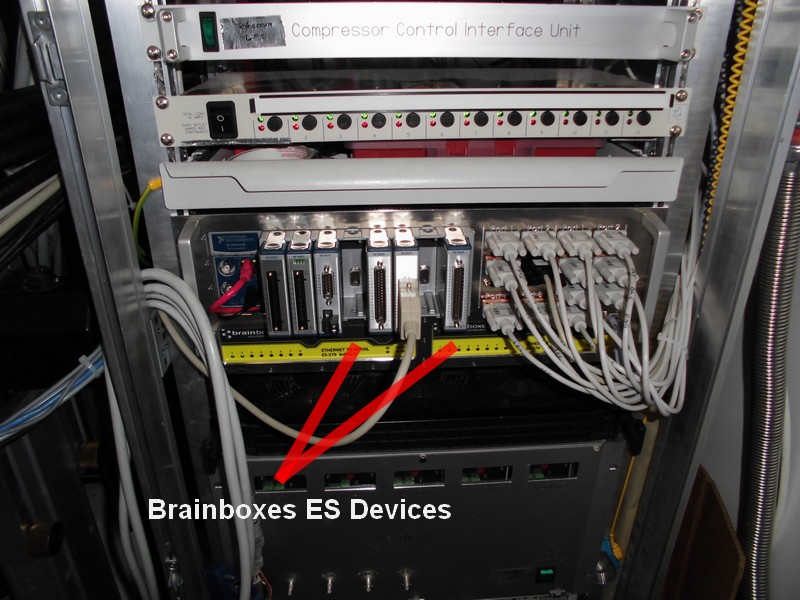 “Brainboxes solutions
made a far more robust impression than any lower cost competing products found on
the market. Their devices are reliable, well machined and can be neatly integrated
into custom mechanical designs and rack modules,” explained Mirek Ciechanowicz
from the Max Planck Institute of Radioastronomy. “On the functional side the Brainboxes modules create a highly reliable interface to the host computer. Any issues i did, have were promptly resolved by Brainboxes support team.”

Reliability can’t be
over emphasised on the APEX project. A failure in any subsystem would mean the
receiver could be out of service for a day – and as a worst-case scenario for a
whole month. To avoid such pitfalls and any potential loss of extremely costly
observation time, components such as Brainboxes Ethernet to Serial devices have been chosen
because they are trustworthy, robust and can be managed remotely giving
instant access from anywhere in the world (and beyond).

“We are delighted to
be involved in this cutting edge project, opening up the relatively unexplored
frontier of submillimetre astronomy. Brainboxes devices provide
instant networked serial ports with remote management, which here play a key
role in the collection of data which is helping astronomers study some of the
earliest and most distant galaxies in our universe,” commented Eamonn Walsh,
Managing Director of Brainboxes. 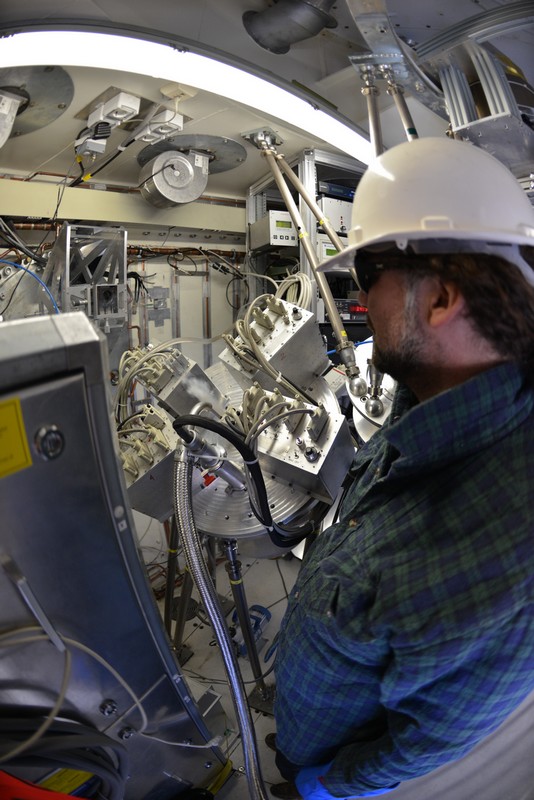 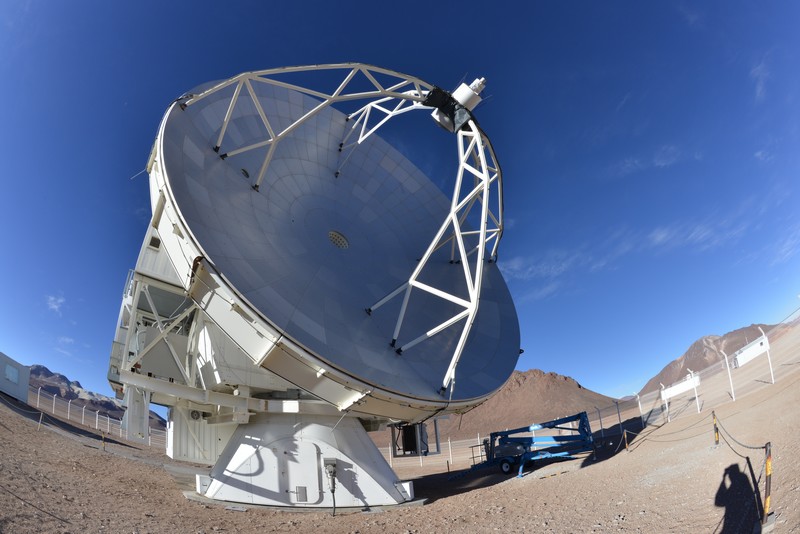 The Ethernet to
Serial devices are being used in the FLASH+ receiver, one of them connected to
Lake Shore, a temperature measuring unit for monitoring temperatures inside a
high vacuum vessel and the other connected to a Pfeiffer vacuum pressure
measuring unit. The FLASH+ receiver is a single pixel receiver with two
frequency channels of around 345GHz and 460GHz respectively.

Receiving such weak
signals from outer space at very high frequencies requires as low as possible temperatures in the
receiver, so
that the signals do not simply disappear in the thermal noise generated. This coupled with the temperature sensitivity of
the mixers (detectors) cooled down by liquid helium, used for detection work
means that the monitoring and control of temperature and pressure are critical
to ensuring the receiver’s functionality.

In addition, two
8-port RS232 Ethernet to serial devices from Brainboxes are being used in the
CHAMP+ receiver. After a decade of service, the CHAMP+ receiver recently
underwent a complete refurbishment of the control system, swapping from a Unix
based PC to Microsoft Windows 7 with NI LabView software and an internal
Ethernet backbone. “The devices from Brainboxes were the natural choice in this
case as almost all the components in the system feature a Serial interface,”
explained Mirek Ciechanowicz from the Max Planck Institute of Radioastronomy.

In the CHAMP+
receiver, the interfaced devices include RF Signal Synthesisers, optical moving
parts, a Rotation encoder and cooling machine plus temperature and vacuum
monitoring units.

For Windows,
Brainboxes’ in-house designed 32 bit and 64 bit drivers provide local COM
ports, retaining existing software applications and enabling users to connect
remote devices to a network just as if they were attached locally. Serial Port
Tunneling, which is individually configurable allows, serial cable replacement
over any distance, without the need for software. Devices can be accessed via
TCP/IP sockets from any networked device such as an Android tablet, PC or
mobile phone.

APEX is always looking
to add and upgrade its solutions. Recently ArTEMIS, a wide-field submillimetre-wavelength
camera, was installed. The camera has already delivered detail images of the Cat’s Paw Nebula, located
about 5,500 light-years from earth. As APEX continues to innovate technology to create more detailed
maps of the sky, its technology team are all too aware that staying connected
is paramount and reliability is key, right down to the smallest devices on its
network.

From Industrial Waste to Clean Energy
Get in touchContact Us